Interview with Graphic Designer The Labelmaker for Avery Dennison

By TheLabelmakerOctober 9, 2017blog
No Comments 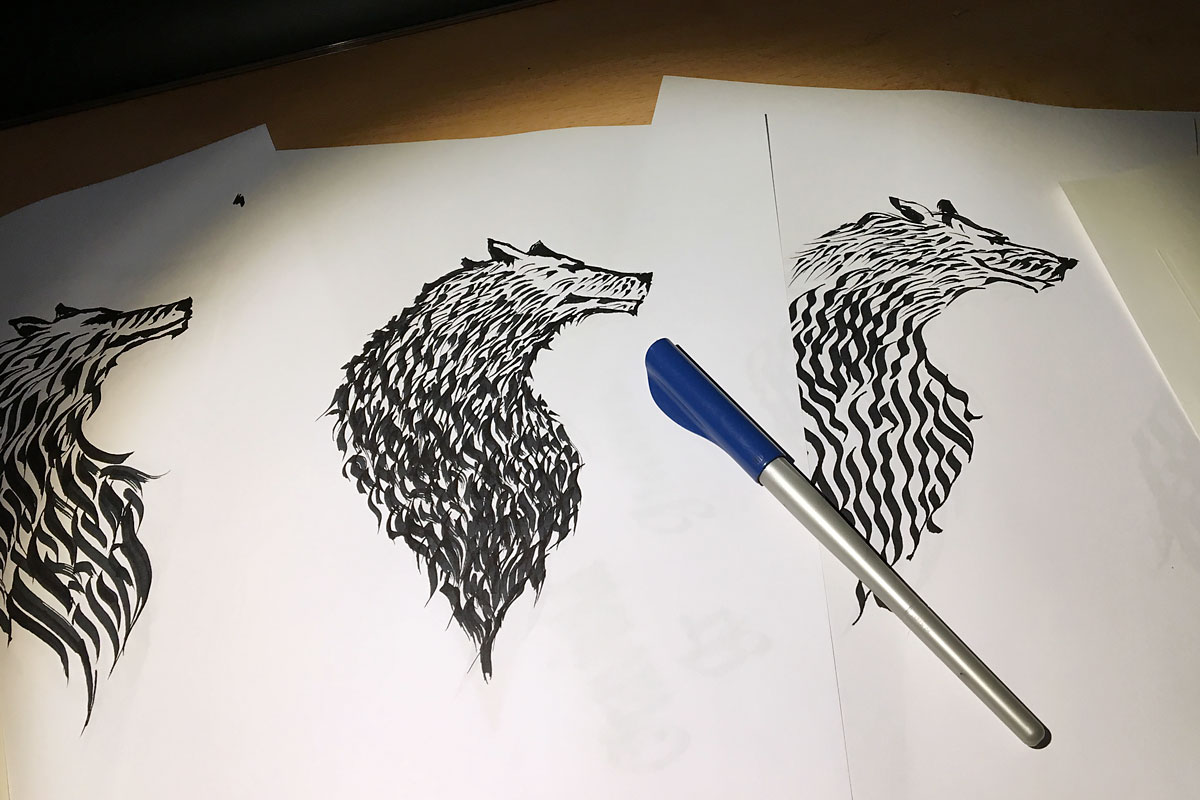 What was the design brief?

Everything was surprisingly clear to me from the beginning till the very end of this project. One day I received an email from Cameron Woodbridge, Winemaker at Wolf’s Head Vineyards, expressing interest to contact me and the next day I got the story of the winery. He explained how the satellite picture of the vineyards reminds him of a wolf’s head. That’s how the winery was named.
So the brief was very simple and short – “I want a wine label with Wolf’s head on it”.
Cameron also commented that he liked one of my previous wine label designs very much – the one called Salla White.
I already had my vision and when I requested the satellite pictures from Cameron it was even more clear to me.

How did you approach achieving the design brief?

It was evident that the illustration of a wolf’s head should be the most significant part in my design. I did my own research for wolf’s anatomy and especially for heads because I had never drawn a wolf before in my whole life. I took my favorite Pilot Parallel pen with black ink and spent 2 or 3 days drawing different wolf heads. The final image did not came easy because…“

Read the full interview with graphic designer the Labelmaker on averydennison.com

This site uses Akismet to reduce spam. Learn how your comment data is processed.

Our experience began more than 20 years ago – in that time we have successfully created a considerable amount of premium brands – most of them later recognized as some of the icons of Bulgaria’s Wine and Spirits industry. In developing strong and professional visual solutions, we have helped our customers gain popularity, increase sales, and as a result, a return of their investment… more

©2023 Wine label designs by The Labelmaker